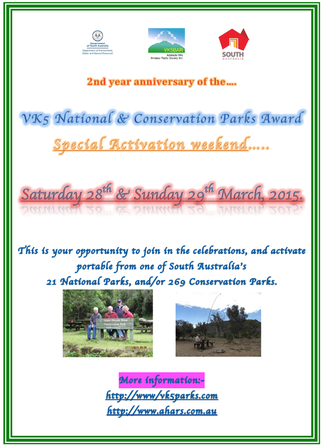 The special activation weekend for the 2nd anniversary of the VK5 National and Conservation Parks Award was held on Saturday the 28th and Sunday the 29th March 2015.

I would like to thank all of the park activators and park hunters who participated.

There were a total of 111 park activations, and of those, 81 were unique parks.  In other words, different parks.

There were also some first time park activators including Greg VK5GY and Norm VK5GI who activated parks on the Fleurieu Peninsula, and Roy VK5NRG.

I would also like to commend the five Foundation operators who took part as activators.  Well done guys, you are certainly leading from the front and a shining example to others.

Many of the parks that were activated also qualified for the World Wide Flora and Fauna award with a number of activators taking advantage of the good conditions and working DX on 20m.

WIA broadcast item re the results of the weekend

Activators who took part in the 2nd year anniversary weekend, each received a Participation certificate 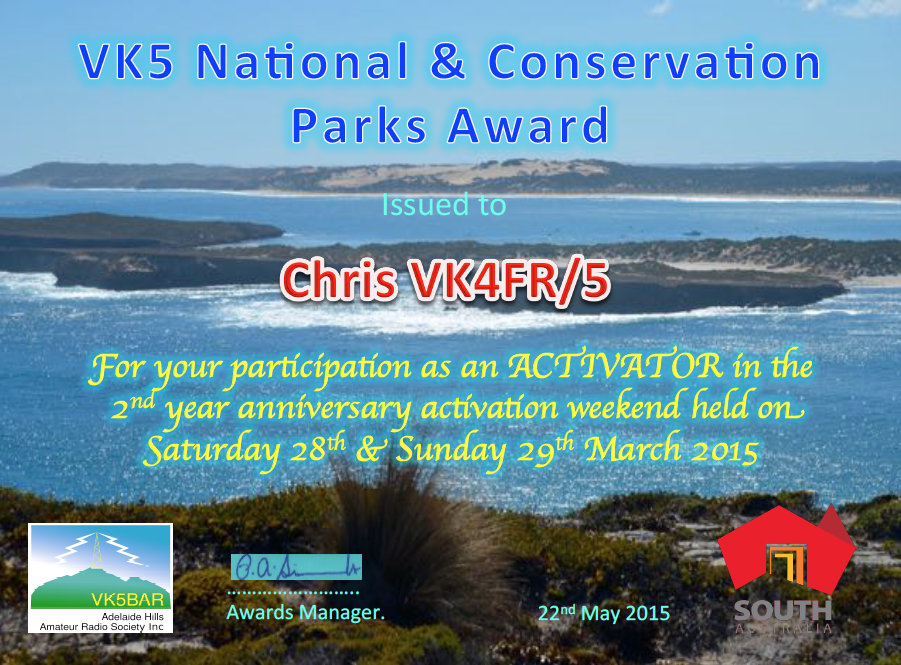 Comments from the weekend

"Congratulations on organising a great weekend. It is a great credit to you and to the other operators who made it happen.  Personally I had a great time." (Fred VK3DAC)